Reality TV: Should New Actors Do It?

Reality TV: a guilty pleasure for sooooo many people. While everyone loves to turn up their nose at unscripted programming, in remains hugely popular. But is it a viable way to start an acting career?

Have you ever thought about doing Reality TV? Most new actors have at least toyed with the idea. Maybe you have visions of being famous or making the huge per episode salary that some reality show stars bring in. ( For more on reality TV salaries read these articles on  MoneyWise, The Things or Celebuzz)

But not all reality shows are created equal. Disney anyone? Or how about Nickelodeon, PBS  or HGTV? These networks consistently turn out quality television. And then there’s America’s Got Talent…. The largest talent showcase on the planet. Generally speaking, talent showcase and shows aimed at kids and young adults tend to rank high on the quality scale, but when we get into adult territory so many of the shows are dating and or competition based and this is where things can go sideways.

While doing reality TV can definitely have it’s benefits, it’s probably not going to launch your career as a serious dramatic actor or actress. So why even consider it?

How To Start An Acting Career: A Step by Step Guide on Breaking Into the Biz

Reasons TO DO Reality TV

Reasons NOT to do Reality TV

It’s absolutely crucial that you do your research ahead of time before diving into any reality TV show. A good rule of thumb: If in the past the show has created drama or portrayed situations that you personally wouldn’t feel comfortable being a part of, you can pretty much be guaranteed that they are going to do it again.

If you do decide to venture into the world of reality TV, here are some things to keep in mind:

The reality of most reality tv shows is that these are not going to make or break your career. Unless you are on an entire season of a very high profile show, it will most likely be forgotten if it’s widely seen at all. I’ve never heard of a casting director refusing to cast an actor because they did a single episode on a dating show 10 years ago. Conversely, a lot of stars come from The Voice and American Idol.

Yes, some notable actors and actresses did stints on reality TV early in their careers (read ScreenRant’s: 15 Actors You Didn’t Know Started On Reality TV ) but think of it more as a stepping stone rather than a big break.

The bottom line is to get real about reality tv. Know what your goals are and why you’re doing it, or deciding not to. Both are valid choices and highly personal and will depend largely on the show, the market, where you’re at in your career and your brand. I find so much pressure is put on new actors about what can make or break your career, when the truth is, very few decision you make early on will have that much influence as time goes by.

If you want to be a full-blown reality star, that’s a whole different ballgame and a career choice in and of itself. But a one day appearance on a cheesy dating show may not have the career altering implications you think!

10 Things You Can Do To Improve Your Acting Career TODAY

What Actors Need to Know About Pilot Season in 2022

9 Ways for Actors to Move Forward in a Slow Industry 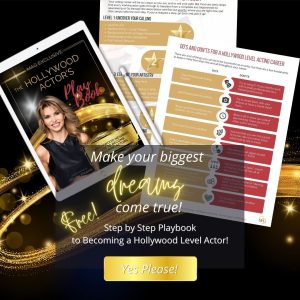 This website uses cookies to improve your experience while you navigate through the website. Out of these cookies, the cookies that are categorized as necessary are stored on your browser as they are essential for the working of basic functionalities of the website. We also use third-party cookies that help us analyze and understand how you use this website. These cookies will be stored in your browser only with your consent. You also have the option to opt-out of these cookies. But opting out of some of these cookies may have an effect on your browsing experience.
Necessary Always Enabled
Necessary cookies are absolutely essential for the website to function properly. This category only includes cookies that ensures basic functionalities and security features of the website. These cookies do not store any personal information.
Non-necessary
Any cookies that may not be particularly necessary for the website to function and is used specifically to collect user personal data via analytics, ads, other embedded contents are termed as non-necessary cookies. It is mandatory to procure user consent prior to running these cookies on your website.
SAVE & ACCEPT
wpDiscuz
0
0
Would love your thoughts, please comment.x
()
x
| Reply
My Actor Guide
104 Shares
Tweet
Share
Share
Pin104